How To Start A Trucking Career

Hi everyone! I’m in Mesquite, Nevada, it’s early in the morning and I just got here at my delivery. I’m waiting for them to come. My delivery is supposed to be at 9 o’clock but I just got here at 8 o’clock and so I have about an hour before they can come so I just wanted to make a quick video and share with you my story of how I got into trucking, because in case you are out there and you are still, you know, like making up your mind or deciding if you want to get into trucking I just thought that if I share with you how I got into trucking that could be a benefit to you.

I got into trucking in 2006 in July, that’s when I went to the trucking school. I actually went to the company, the company has a trucking school, and prior to that, I was in different kinds of jobs. I was in the manufacturing company. I had a job as a manufacturer. I also worked in a warehouse and from 2003 I was in sales. I worked as an insurance salesman and some financial products and I also worked as a car salesman.

So at one point I actually held both the insurance sales and car sales at one point. And the reason why I left the other jobs and went into sales is because, one, I wanted to make more money and then the other is, after working in situations where you always have a supervisor just watching over your back and every move you make, I realized I don’t really do well in such an atmosphere so I wanted something that was kind of independent where I could just do my work without really someone watching over every move that I make.

I’m that kind of person that likes the freedom to do what I want to do at what place I really want to do it at. And yet the jobs that I really had they were more like you had to drag your feet and pretend to be working and all that stuff. I don’t do well in such environments. Anyway, so I went into sales but the challenge I had with sales is, I guess I wasn’t so good at selling, especially when it came to prospecting for new clients, I wasn’t good at that.

And the other challenge was that it was commission based which meant that you only had to be paid based on the kind of business that you did, so every other week or other month you really didn’t know how your paycheck is going to look like. And if you are not careful what happens in such a situation, you could get so focused on the money that you start, you know, like not really giving your customers the best care or you start really focusing and worrying about money than you do about your work.

So I did that for three years and then I decided, just one day, that I wanted something where I could have a stead paycheck and not worry about how much money I’m going to make this month or this week or whatever period. I didn’t want to worry about the bills and all that stuff. So I remember I was at the car dealership working and then I just decided because all year round somebody had told me about trucking, that it was really a good place where people were making money, and I like the idea that you didn’t really have someone watching your every move, you were kind of independent.

You just get into your truck, drive for whatever miles you have to drive to, as long as you did your job well and no one was really watching over you. And that kind of appealed to me, so what I did is, when I left the dealership, I went home, sat on the internet and look…started researching for companies where I could train and so I saw a company, that was C.R. England, and I liked their video, I don’t know if they still have the video, I liked their video and I decided I was going to call them.

I called them and, believe it or not, they scheduled me for school the following week, and so the following week I went to class and started my trucking career. Now, I said all this to say that sometimes people want to get into something but they will spend weeks and months and trying to look for all the information and coming up with every little excuse they can think about.

If you really want to get into trucking don’t waste a lot of time trying to look for all other minute information about trucking. All I did was sit at the computer, within minutes I saw this school, I called them up and they scheduled me to go to school the following week and I was in class the following week. So if you want to get into trucking I encourage you, just make up your mind and get your feet wet.

At the website, I’ve written an article now if you go there and look at the article that could probably give you some ideas of things that you should consider and think you should look for in a trucking company or the things you need to look into as you make your decision. After reading that article I encourage you, just decide on a company that is closest to you, go and start. That will help you a lot because you will realize that you may not even be able to go through the orientation, maybe there is a problem that will hinder you from getting into trucking or you may start training and you realize trucking is not for you.

So that’s why I say that it’s better for you to just go and find out. You are either going to stick with it or you are not. When you are done with your training you may change companies or you will be directed more easily than if you just sit there trying to figure out if trucking is for you or it’s not. The first step is for you to get into school and get your feet wet, and then you will make other decisions as the time goes by.

So I share with you my story just to let you know that it only took me what? Probably 30 minutes or less for me to get into school and six years later I’m still her. So I hope that helps you, until next time, stay safe. 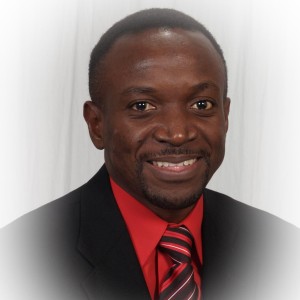 I'm a Husband, Father, Christian & Truck Driver. I'm sharing my life experiences in hopes that someone will relate with them and be encouraged, helped or inspired to FOCUS ON WHAT MATTERS.
All Posts »
PrevPreviousHow Serge Got Into The Car Hauling Business
NextI’m Moving To TexasNext
Scroll back to top
This site uses cookies: Find out more.